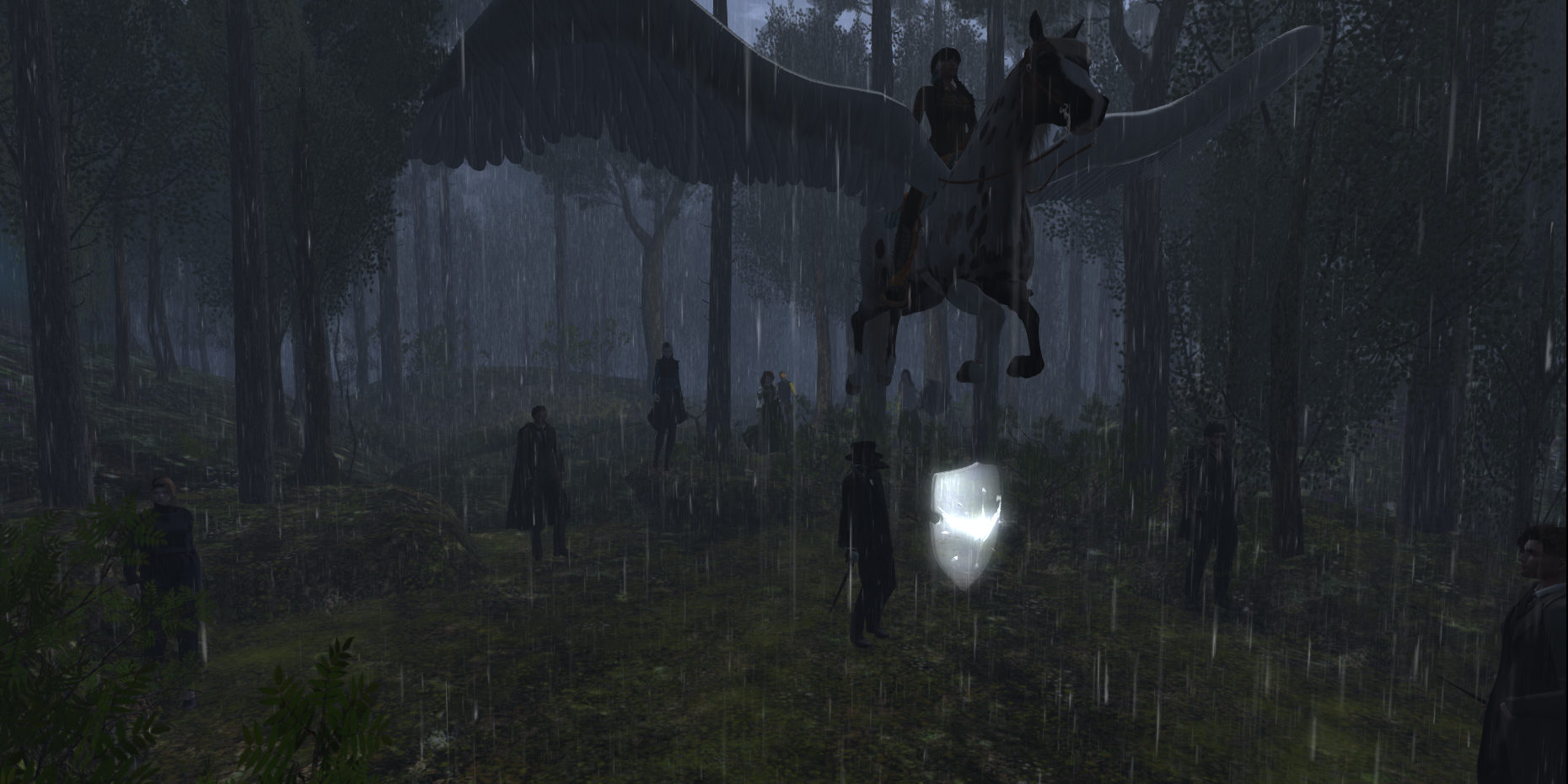 by E. Nazari
(Picture OOC by A Ashworth)

In the aftermath of the battle and the resulting fire that swept through the Forbidden Forest and Hogsmeade, many questions linger. While we wait for the Ministry to sort out everything that has happened we can at least look at what has happened from the perspective of us in the school. On Saturday, we had a special mandatory assembly in the long gallery. Once it began, Professor O’Keeffe told us that the assembly was held for two reasons. One there was a dark wizard who had infiltrated the school by using students so the assembly was to keep all students within the school and out of danger so they cannot be used by the dark wizard. And second, we were in the long gallery that was if things were to go pear shaped, we would have a warning and then we would be able to evacuate to the ministry.

I am proud to state that we, as students, took all of this in stride. The pre-scheduled meeting of the Owl Post carried on and students socialised. Anything to keep our minds occupied from the overwhelming–and yet–oddly familiar since of doom. Several older students began to gather in the transfiguration corridor that faced the Forbidden Forest. Flashes of green and white escaped the forest, telling the story of what we could not see, a war had erupted on the doorsteps of the castle.

There was a flash of red fireworks, a signal that many wixen use to signify a need for help, and we knew someone within the forest needed assistance. And, just like many other times within Hogwarts history, when help was needed, help was given. Our professors rallied, some stayed behind to keep us safe, while others girded up their loins and went into the forest to fight back the unknown dark wizard. That was when the shield over the Forest was destroyed, it was like a white pillar of light pushed up and out, cracking through a crystal orb. It splintered and spider webbed out until it shattered and cracked.  At some point, a fire erupted, rampaging through the forest towards Hogsmeade. Our professors (and I’m assuming members of the ministry) worked hard to evacuate the town even as the fires raged on.

The aftermath is still being counted within the forest and the town of Hogsmeade. HOWEVER, there is always a bright side in the aftermath. In fact, if you look at the basic definition of aftermath, it literally means a new life. So, some good news that came out of the fire that destroyed our adopted town. One, no one perished in the fire. Two, Hogsmeade will rebuild and will be better than ever. Three, a group of students went and helped fight the fire as it raged on, the professors’ bravery inspired them to risk themselves to help our neighbours.

When the students were approached about their actions, all they could say was that it was the right thing to do. Other students, inspired by these brave student’s actions and the need of Hogsmeade, have started a drive for clothing and supplies. Basically, anything that can be done to help our adopted town will be welcome.